In the year 2020, the present German-Danish Border will be in existence for exactly 100 years. It is the result of a new, forward-looking notion of peace, following the end of World War One: „the right to self-determination of peoples“. Instead of the usual previous military and power-political demarcations in our native countries, the 1920- border was formed by national inquiry of the border-dwellers concerned. Under the supervision of an international Commission (CIS) more than 165.000 voters attended the election. Thus, voter participation exceeded 90 percent.

Actually, in the 19. century, two other German-Danish wars had taken place in Schleswig-Holstein with a lot of blodshet and changing outcome. But the 1920 referendum brought forward an unambiguous, permanent and democratically legitimatised result, following an engaged, though unbloody, propaganda-election campaign: On 10 February 1920 in Zone I (Northern Schleswig) around 75 % of the entitled voted for Demark. In Zone II (Middle Schleswig and Flensburg) on 14 March 1920 around 80 % of the votes were cast for Germany. 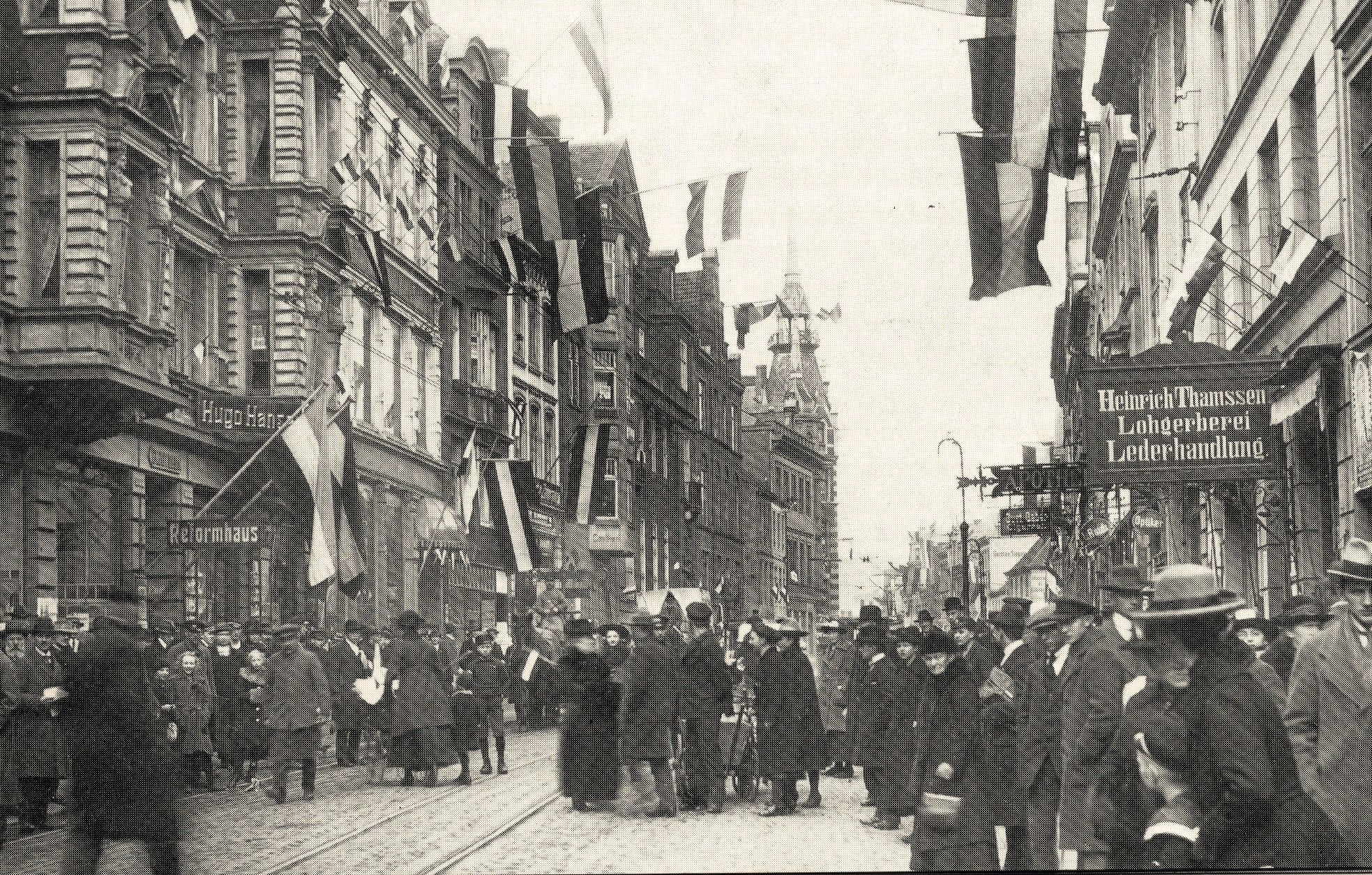 Thus, on 15 June 1920 the new dividing line was confirmed by the Conference of Ambassadors in Versailles, thereby giving appr. 75 % of the inhabitants on both sides of the border the opportunity to live in their desired homeland.
Meanwhile, Northern Schleswig was left with a German minority and Middle Schleswig with a Danish minority – both of which succeeded to yield extensive legal recognition and equal opportunities in their „hosting countries“ in the course of two or three generations.
In this manner our borderland and its principal town Flensburg, with their cultural bipolarity, both kept their German and Danish entanglement, even after the year 1920. Today, this region, characterised by daily enactment of „changing perspective“, is widely used as an example of succesful management for a democratically founded, transborder-cohabitation of two cultures, that used to be at war which each other.

Current ethical and national conflicts in other European regions show us that such smooth interactions are not at all self-evident. 100 years of cross-border experience in our German-Danish region is a treasure chest containing a roadmap with insights, comprehension and peaceable directives to pass on to others – in the presence and for the times ahead.